We recently returned from a vacation to San Diego and I figured I’d give a quick overview of our vacation — broken across a couple posts as I’m super busy, catching up on what I’ve missed while I was away. We spent about half our time at Legoland and the rest in downtown San Diego, visiting SeaWorld and the zoo, as well as walking the downtown area. This post will primarily focus on Legoland itself.

This was our youngest kid’s first flight, so that was part of the incentive of going… to give him the chance to be on a plane a few times. Since we had to take connecting flights (from Edmonton to San Francisco and then onto San Diego), he got plenty of “air time”. Probably enough to last him for a while.

Overall, I don’t think he was impressed by flying; he seemed rather nonchalant about the entire thing. Mostly he just wanted to play on his mother’s iPad. Sigh. 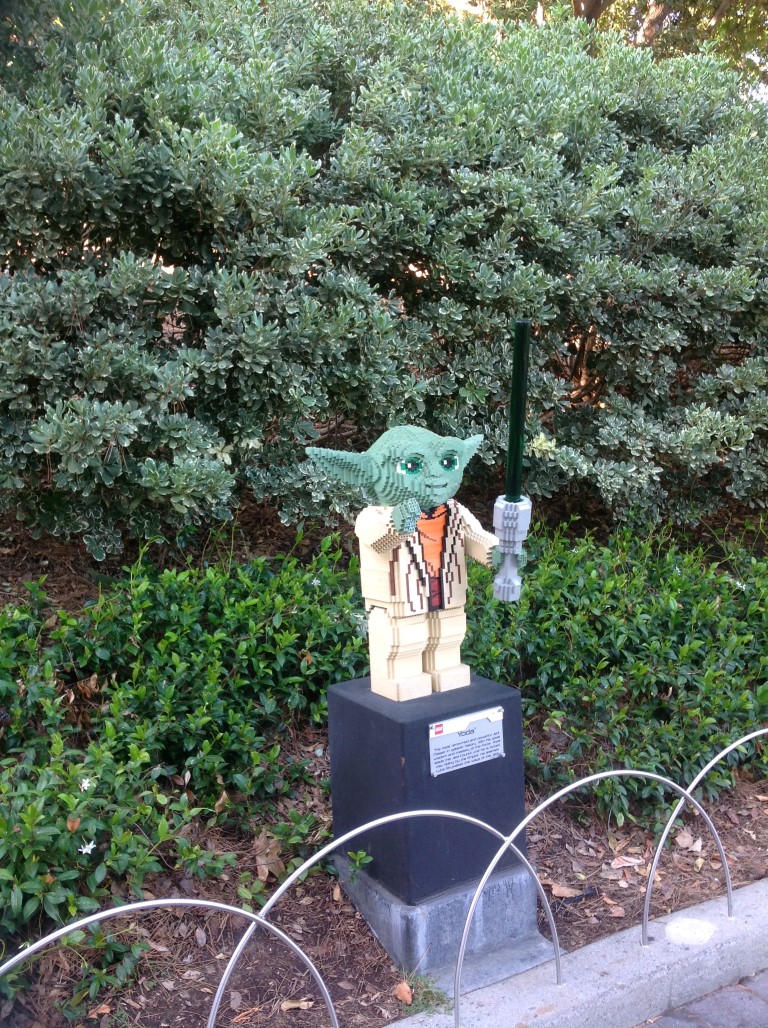 The highlight of the entire trip (and the primary reason we went) was Legoland and it mostly lived up to our expectations. There was a lot to explore at the park and it is fairly well designed — plenty of shade areas and though the lineups for individual events were long, they were never overly unbearable. (Plus my youngest let a little girl butt in line ahead of him and was rewarded with a pass that allowed him to go to the front of the line for his next ride, which was cool).

The park itself is built into several zones (pirates, medieval, et cetera) and within each zone the restaurants and activities are themed accordingly. The day the kids went to the waterpark I hung out in one of the restaurants and was able to write most of a short story while enjoying the ambiance.

We stayed at the onsite Legoland hotel and that was a huge part of the fun too. There are activities and entertainment ongoing and building centers and two restaurants. There’s also a pool and at night Lego shows are shown on a large screen. Probably my most enjoyable night was just hanging out in the outdoor restaurant, watching the movie and enjoying a snack while my eldest built a Lego set (while the other swam around).

Each day a special “kid’s safe” was replenished with a new, small Lego toy. The kids loved that.

The hotel also offered early admission to some areas of the park, which meant we could beat the crowds, at least in the mornig. 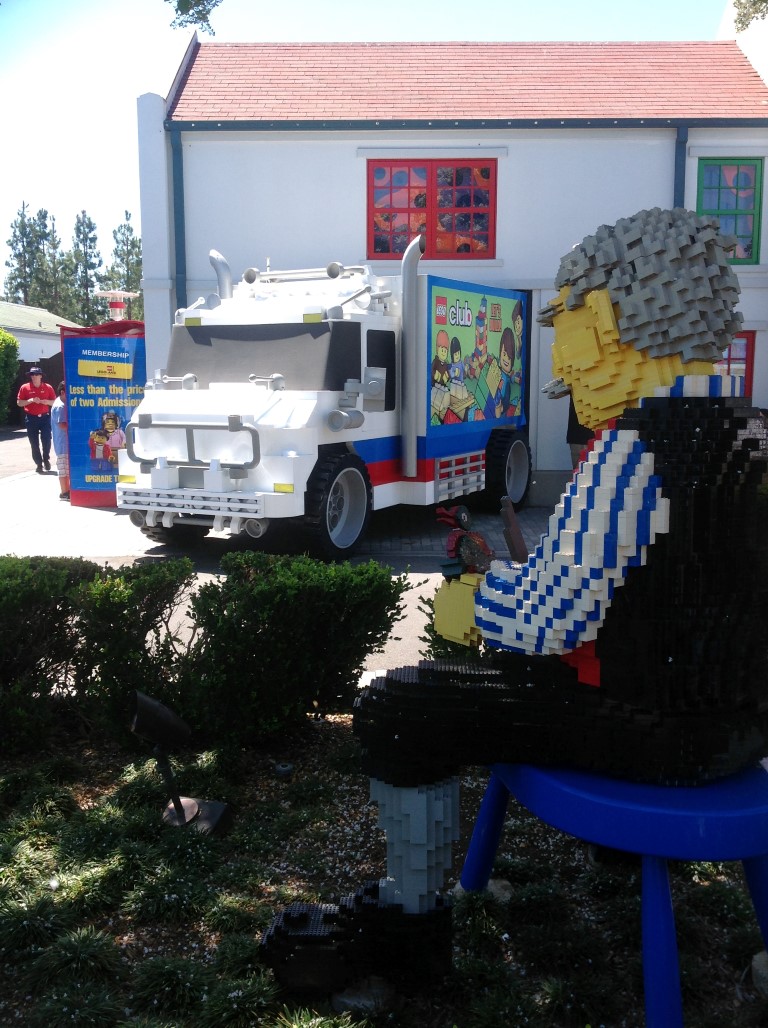 Our kids are (almost) 9 and 6, respectively. I think for our oldest, and even for the younger dude, the rides were a bit tame. Much older than 9 and I’m not sure if a kid would really enjoy them. The ambiance and things to do and see were awesome though. It was fun just walking around the park and checking things out. And there are activities for older kids — our eldest attended a Mindstorms group activity and programmed a robot and thought it was a blast.

Staying at the hotel made the entire experience more enjoyable too. If we needed to we could head back to our room and recharge. I’m not sure if I would have had as much fun if we had to drive back and forth from a hotel.

(Do be prepared to walk… a lot. My poor feet are still recovering.)

Compared to SeaWorld (which I’ll talk about in another post), Legoland was a pleasant experience. There’s actual logic behind how the park is put together and an emphasis on making the experience as fun as possible.

We foolishly left Legoland on a Friday afternoon, which meant our cab had to fight traffic. It took well over an hour to get into San Diego. It didn’t help that we had a puking child in the backseat. Luckily the cab had puke bags and the driver was awesome. He pulled over at a gas station and we took 15-20 minutes so our kid could recover, before proceeding.

Anyways, in the next couple posts I’ll talk a bit about the rest of our trip to the San Diego area.