We had to make a quick trip out of province, but are finally back home. I don’t have much to say, still busy catching up on late tasks, but I’ll provide a quick update and if you have any questions throw them into the comments and I’ll be sure to reply. 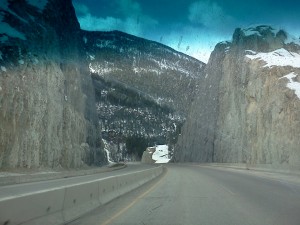 The final book in the Lazy Designer series is almost ready to go. I anticipate by the end of April, it will be available on Amazon. At that point I’ll start editing the variety of bonus materials I’ve written for those who have bought copies directly from me.

Meanwhile I’m continuing to prototype a game and though progress is never what I wish it would be, it is progressing. Not much I want to say about it yet but my focus right now is procedural content and quest generation. I’ve also incorporated a couple addins (i.e., I now have a functional, if rough, conversation system.)

During the trip I wrote the rough draft for a sci-fi story that’s been swirling about in my head for some time, so I now have a couple stories in rough form to consider bringing to final polish, time permitting. I also solved a nagging problem with the world design for the novel I’m considering to write next.

And On Spec Magazine sent me an e-mail letting me know that one of the stories they previously purchased will appear in their next issue!

And because I stumbled across them the other week, here’s some links to some really old game design articles of mine, from back when I wrote pen and paper gaming articles:

(Note: You can only read the Sabledrake article in its entirety.)

And hey, if you’re bored, check out my word connection site, Englex. It is just a for-fun (mine) project that I built earlier this year and there’s only a few thousand words in it and about a million sites doing the same thing, but I have some cool ideas for it, once I have a sufficient word base. You only need to register if you want to add words or influence word connections.