For those of you who stop into this blog but are really only interested in Lazy Designer news, you can subscribe directly at the new Lazy Designer site. This replaces the old “Lazy” mailing list and I have already transitioned those who had signed up there. If you sign up you should receive, via e-mail, a sample chapter from Book 3… it might take an hour or so though for that to reach you. Let me know if that does not happen. There’s also another freebie for direct download there.

This post, “Word Goals” is not to announce the title of my new game or anything (though I have whipped up a little word-hunting game for my kids). It is just my annual moment of gloating to announce that I passed the goal I set for myself of writing 250 000 words in 2013.

The reason for the decline in production — which I had anticipated — was that I knew I’d be spending more time with the kids. I was also being conservative because my wife was looking for new work which might mean a return to full-time employment. This happened, and so I’m glad I accommodated that when I planned my writing goals for this year.

(I really dislike surprises that disrupt my planning and so I do tend to be conservative.)

Right now I’m about 20% through writing the Lazy Designer book on management (as well as preparing a series of Unity tutorials).

Anyways , a few stories of mine are still available to read if you are interested: 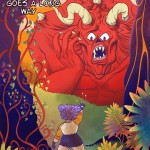 My story ‘Great White’ is in this fun anthology. 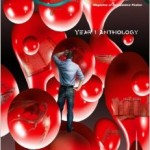 This is a “best of” issue for Plasma Frequency and contains my story ‘Slaying Dragons’.