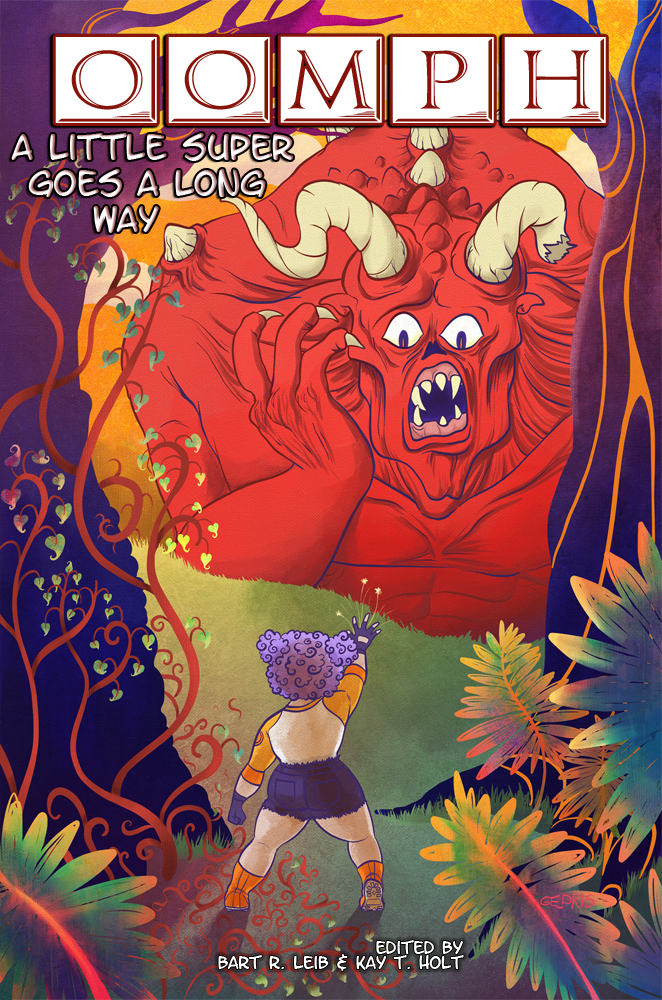 The big news for me this update is that the anthology “Oomph: A Little Super Goes a Long Way”, from Crossed Genres, will be released on October 28th. This anthology contains my story ‘Great White’ and I’ll provide links and whatnot on the release date.

The full table of contents is:

(Click here to read an interview that fellow author Anthony Cardo had with Bart Leib.)

In other news I finished Novel #6 (the exciting sequel to Novel #5 — yeah, I know I should probably start using working titles or something, right?) This novel weighs in at about 160 000 words, making it a fair bit longer than any other novel I have written. I’m cleaning up some obvious revisions on it then I’ll allow it to sit for a bit before I start revising it from start to finish.

This means that I’m returning my attention to the Lazy Designer series. My first task is to finish the last chapter of the fourth book (Story/Character/World Building) and then try for a final draft early in 2014.

I’m also playing around with direct selling the existing Lazy Designer books (in addition to Amazon and other reseller distribution). I’m just looking at ways to add value to them for customers who purchase directly from me. If you have any suggestions I’d like to hear them.