Brent Knowles was a game designer at BioWare for ten years (Baldur’s Gate 2, Neverwinter Nights, Dragon Age: Origins), during most of which he was a Lead Designer/Creative Director.

Brent was also a project manager / director at Beamdog for a few years, working on the Enhanced Edition for Planescape: Torment and Axis & Allies Online. Brent then became the Senior Technical Lead for the Centre for Innovative Media at NAIT for a few years before moving back into contract game design with a large developer (to be announced later). He also formed Runic Tales Inc., a small tabletop gaming company. His first book under that venture (in partnership with Arcanum Worlds) will be Raiders of the Serpent Sea.

Brent has also had over twenty short stories and articles published, in various magazines and anthologies, including The Journal of Unlikely Entomology, Perihelion Science Fiction, Abyss and Apex, Neo-Opsis, and On Spec. In 2009 Brent placed first in the third quarter of the Writer’s of the Future Contest with his story ‘Digital Rights’.

Read here for a bit more about Brent. 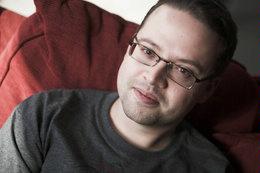 If you’d like to see Brent’s acceptance speech at the Writers of the Future ceremony, it is here.