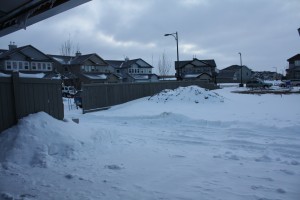 Generally I enjoy the cold and the snow. That is probably a good thing given where I live. But every year, usually around the time that the first major snowfall hits us I do wonder… why am I not living somewhere warmer? Somewhere where I’m not spending afternoons pushing cars free of snow-entrenched alleys, or shovelling multiple times a day?

The first snowfall actually happened a while back but it was mostly just a light fall, enough to build a snowman that would end up melting a few days later. This dump of snow (in the picture at the top and the other one at the bottom) happened on Friday.

Anyways, hopefully in a few days the streets will be cleaned up and if the temperatures warm up a bit (its almost -30C right now) the kids and I can go build a snow fort or two. 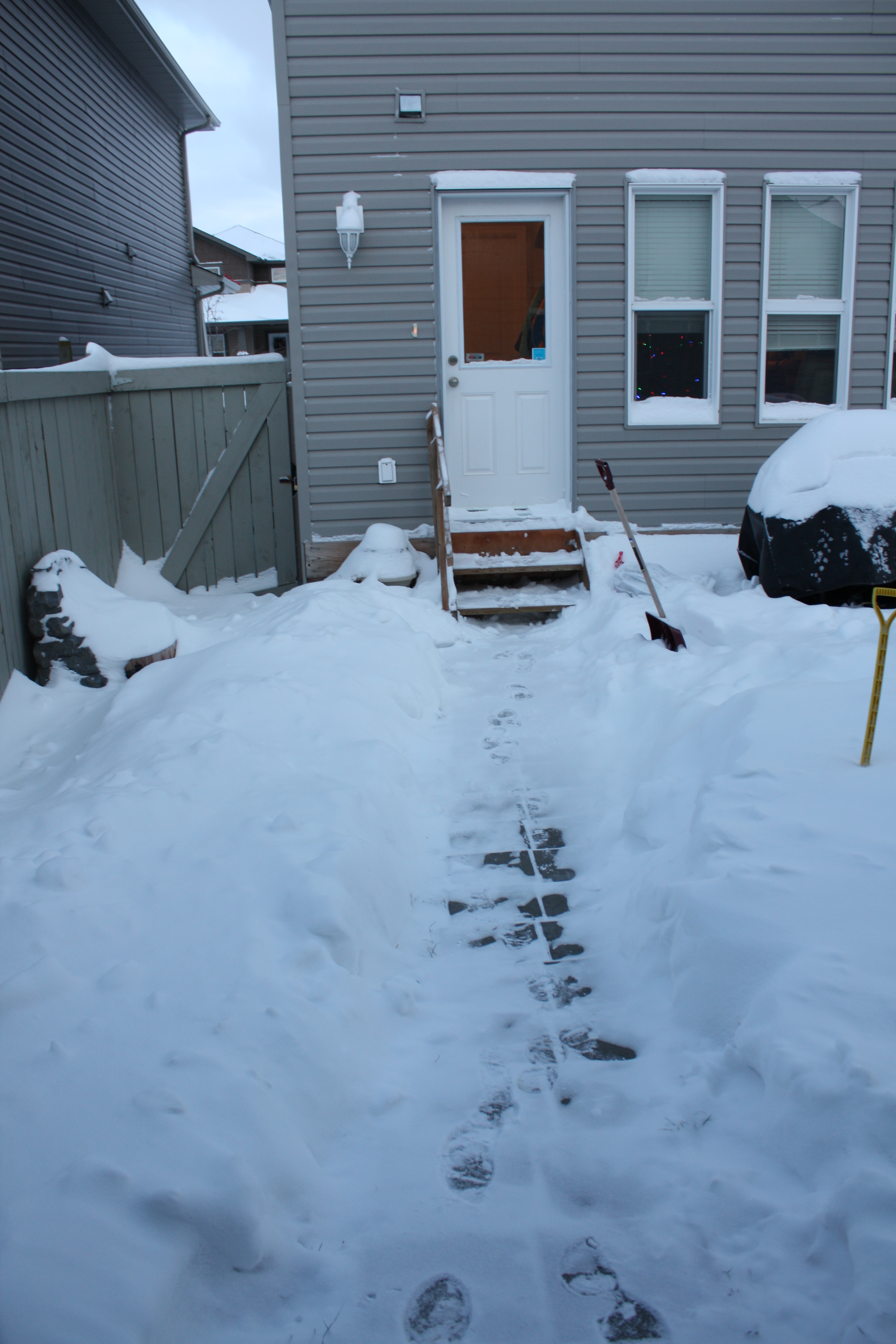